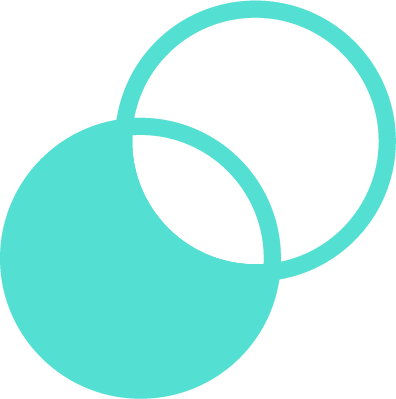 Internet of Things (IoT), or the Internet of Everything (IoE) appears frequently as an obvious aspect when discussion is on smart cities. Smart cities are seen to include in the near future or currently, new generations of learning applications and services; increase on the informal and formal learning possibilities and to allow better mobility; connect environment, people, and things as well as to enhance quality of life and governance. The points are relevant and important. However, they miss one potential aspect that enables all of them: experience.

The framework of the discussion is based on pragmatism notion on philosophy of experience. I will briefly present pragmatism combined with extended phenomenological-cognitive systems for understanding how brain, body, and niche are in relationally, dynamically and non-linearly coupled forming a single phenomenon of experience.

Internet of Things (IoT), or the Internet of Everything (IoE) is increasingly mentioned as the solution of the future. IoT enables sustained ecology, enhancing democracy, supporting citizen activity, increasing smart mobility and health and wellbeing of all citizens, and providing new potentials for continuous learning. Learning is said to be the driving force of the ‘smartness’ and wellbeing of a community.

In the World Health Organization Regional Office for Europe held the ‘2014 International Healthy Cities Conference: Health and the City – Urban Living in the Twenty-first Century’ in Athens, Greece, the above topics were discussed. At the conference, Kamel Boulus et al. (2015 see also 2011 and Kamel Boulus and Al-Shorbaji 2014) directed attention towards smart homes with the context-aware networks and sensing infrastructure. These will facilitate health and social care services, which enable safer and active living to meet the needs of the ageing populations in Europe. For instance, in a project for aging well a mobile app was been designed. The app helps the aging people in Barcelona area to maintain their social ties and networks with trusted social workers, volunteers, neighbours, friends and family. The app aims to engage users in activities with their trusted networks. The actions provided by the app are making calls, sending and receiving multimedia messages, sharing a calendar and transferring money (Almansa, 2014).

Various applications have been created to involve citizens to be engaged and feel belonging to a community, aiding, for example, mobility. Such an app is a ‘car sharing service’. It combines social interactions: people offering help, ratings of drivers, tying these to IoT technology, namely, location services and matching / recommendation services (CISCO, 2013). Sharing care can be seen in the collective baby and child-care app. It is meant to work amongst neighbours (Lee, 2014).

Citizen democracy, co-creation and participation have been discussed by Kamel Boulos et al. (2011a) and Gonzales (2011). They describe how active involvement and engagement emerges in co-creating activities, which are supported by smart services using open data that create a feeling of community. However, the co-creation concept is not that straightforward as Barricelli et al. (2015) announce. They estimate that people have to cope with the increasing amount of active contributing in activities, which are irrelevant for them. The ‘Do-It-Yourself´ societies provide power to the users but in the same time asks people to perform tasks that were previously executed by skilled domain workers.

Barricelli et al. (2015) ask for more assessment to determine the trade-offs of the new design, participation and engagement activities for specific contexts and domains, which advance cultures of participation. Participation which uses extensive coverage of information, creation of large numbers of artefacts, creative chaos approaches, and shared experience of social creativity should be investigated if it evokes disadvantages of accumulation of irrelevant information, wasting human resources, and amounts to lack of coherent voices.

In the report from Kamel Boulos et al. (2015) three key factors for smart cities were identified. The factors are: a) aim for inclusion and participation for avoiding polarisation between well off and poor citizens; b) a leader type of person or group which joins and brings together stakeholders, citizens, business sector, associations, and public sector for empowering the citizens participation in their area, and in decisions making, thus creating engagement; c) a coordination mechanism between the various parties.

The Department of Spatial Planning/Centre of Regional Science at Vienna University of Technology in the project of Planning for Energy Efficient Cities (PLEEC), which is a EU-funded Framework Programme 7 (FP7) project, created a scale with six sectors to compare cities and towns if they comply with the idea of Smart City. The scale consists of the following sectors: Smart Economy, Smart Mobility, Smart Environment, Smart Governance, Smart Living and Smart People (European smart cities, 2014).

Before summarising it is worthwhile to see how IoT has been defined by the IEEE IoT Technical Community:

a self-configuring and adaptive system consisting of networks of sensors and smart objects whose purpose is to interconnect all things, including every day and industrial objects, in such a way as to make them intelligent, programmable and more capable of interacting with humans (Kamel Boulos et al. 2015, 2).

Since all smart city ideas and endeavours base on the idea of IoT, the above could be summarised as: IoT or the IoE provide new generations of learning applications and services; increase on the informal and formal learning possibilities; allow better mobility; connect environment, people and things; and enhance quality of life and governance.

All of the points above are relevant, however, they seem to miss one potential aspect that enables all the rest: experience. My aim is to present in this article, how interacting directly with ‘things and humans’ creates experiences. These experiences provide the potential for learning, reflection, engagement and all the other aspects mentioned above. The important issue is to enforce a moment of hesitation, which allows reflection and triggers a need for sharing of experiences.
In next chapters, I will discuss the nature of experience as the driving force for reflection, thinking and learning. The framework of the discussion is based on pragmatism and on the extended phenomenological-cognitive systems.

3. Experience as base for reflection

The aim of smart cities is to share experiences, meaning, information and knowledge for creating a sustained, meaningful and functional environment. This is done by connecting physical and digital artefacts and human beings in their social and physical environment. To enable the relations between the different ‘items’ meaningfully and respecting human niche, all the senses should be taken into account. It means that the current on-going experiences are scoped by the past experiences so that existing habits, tools, institutions and mediating artefacts have an effect on the current situation, where the experience occurs as ‘qualitative immediacy’ (Alhanen 2013).

However, the past and the expectation of the future make a difference in attention – where the focus will be and how the experience forms meaning. (Dewey, MW 9 [DE], 16−21, and LW 12 [LTI], 52). Dewey’s notion emphasise the intertwined nature of the two kinds of experiences. Dewey describes in Experience and Nature (Dewey, LW 1: 28) the experience – qualitative immediacy − as being composed of material interaction with the physical and social environment. In the process, the objects are to be treated, used, acted upon and with, enjoyed and endured, even more than things to be known. As such the objects are not ‘cognized’.

The second form of experience is reflective and makes the environment and its’ things as objects of reflection and knowledge. This experience is triggered by doubt. When in doubt, the feeling of uncertainty, or mismatch with the experience, it begets reflective thought, and learning; it promotes habit change. The habit change can be seen as learning. Following Peirce, Dewey sees that the set of experiences (namely habits by Peirce CP 5.108) persons have, guide in good and bad. The habits direct attention, being aware of this allows one to have broad attention that picks also ‘unusual’ aspects providing new insights and more flexibility in future actions. The awareness to surprising, annoying, disturbing, and odd issues may trigger changes in habits. (Dewey, MW 14 [HNC], 16−33; LW 2 [PP], 334−338; LW 7 [E], 169−174, 185).

This feeling of disturbance is doubt. It is the force that drives the inquiry or making sense of the world − it promotes reflection attached to the environment (Peirce, CP 6.474, see also CP 7.78; CP 7.324). These elements point to the tangibility and holistic nature of experience, which can be defined and explained by extended phenomenological-cognitive systems approach. Silberstein and Chemero (2012) and Chemero (2003, 2008 and 2009) describe the extended cognitive systems as heterogeneous, and composed of brain, body, and niche, and as being non-linearly coupled to one another. Brain, body, and niche are in interdependence amongst each other. The system allows explaining extended cognition without resorting to representations or computation models of reflection and thinking. It, furthermore, means that cognition and conscious experience are understood as a single phenomenon.

This approach is similarly relational and dynamical in its interactions among the heterogeneous parts at multiple spatial and temporal scales as is pragmatism notion of experience by Dewey and Peirce. The spatial and temporal aspect with emphasis on the importance of experiences attained through senses is fundamental for designing meaningful tools, devices and services for smart cities.

4. Design for tangible sharing of experiences

Taken pragmatism and extended phenomenological-cognitive system as the framework for designing for tangible experience sharing means that the focus is placed on those moments where doubt emerges. Physical artefacts can be enhanced with digital means to allow pausing at the moment of wavering. The enabling of pauses allows and grants time for reflection. Reflection is needed for habits to change, and for being able to perceive the clue-like signs/affordances differently than before. Paavola and Hakkarainen, (2005) point towards the role of the object or artefacts in the interaction, where common and mediating objects of activity within common ground provide the basis for interaction.

Paavola, Hakkarainen and Sintonen (2006) describe the role of indices in the process of sharing the world or finding the common ground. They state an important aspect of the Peircean signs being formed not only of symbols (concepts) but of icons and indices. The indices help to point towards the shared artefacts, experiences, and processes for reaching common understanding and that the signs have also other consequences than conceptual ones (see Peirce, CP 3.621, 1902; CP 5.212, 1903; CP 6.490, c. 1910; and Bergman, 2004: 370−386).

Hence, it can be said that signs and affordances ‘augment’ human intelligence. Experiencing the environment and sharing the experiences creates meaning. It, furthermore, provides potential for thinking. Namely, the new items, products and services, which are designed and created should push and trigger reflection and thinking! The designing should not take away the ability to think, but aim for promoting in-depth reflection and thinking. 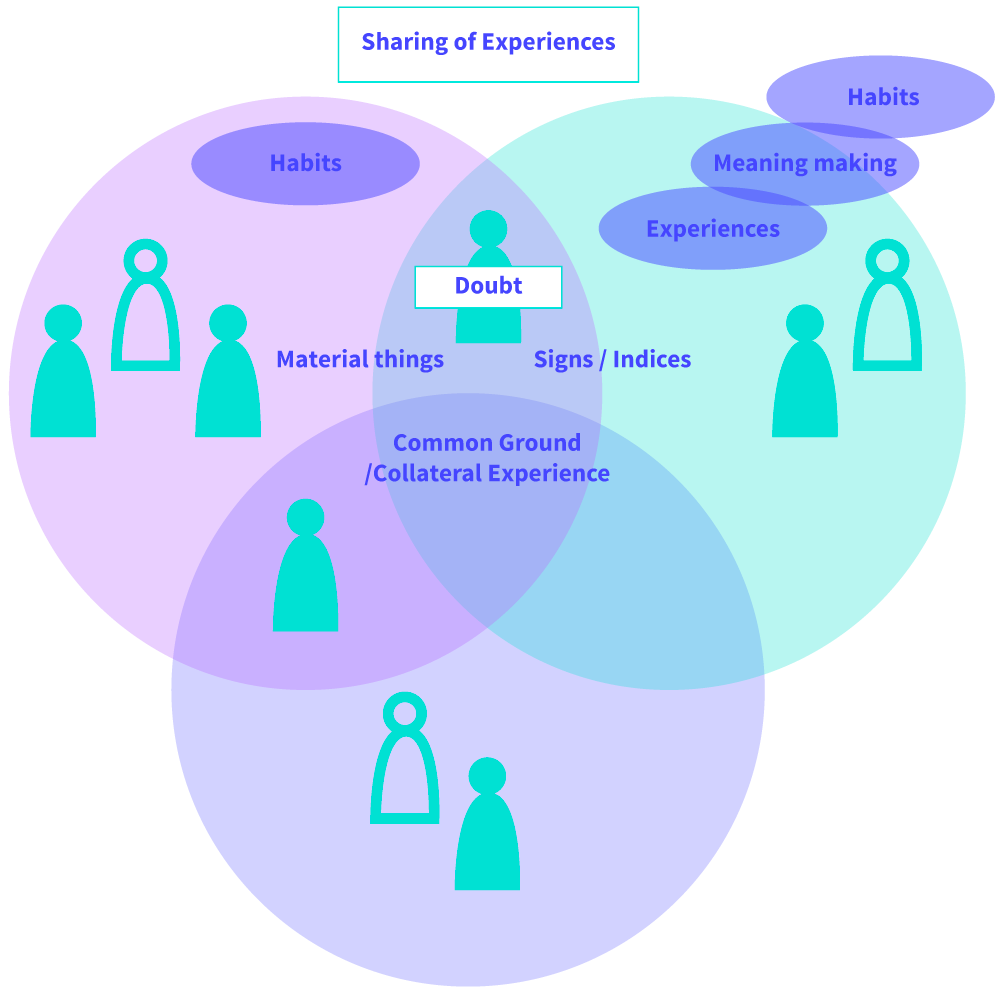 This process connects reflection and thinking to the physical and social environment: it extends thinking. Usually the process begins when there is some kind of mismatch or doubt occurring or a habit/practise does not work anymore. The mismatch, doubt or un-working habit triggers the process of reflection. This is the moment where the designed tools, services, and devices in smart cities should focus on. These tools should enhance and push for thinking, for heightened awareness of the users to see affordances in different manner or see new affordances.

5. Experiences and reflection in design

Designing for a moment and designing for reflection is different than designing for particular kind of experience (see e.g. Hassenzahl, 2010 and Wright and McCarthy, 2010). The point is not to categorise experiences (see e.g. Forlizzi and Battarbee 2004), as is often presented in the areas of the experience-based design, designing for experience, user experience design or experience-centred design, but to recognise moments of doubt and wavering, providing a pause in these kinds of moments, pushing and triggering reflection, sharing and broadening of the common ground within the context. There is bigger chance for positive miss-use, which can be seen as a potential. The design, thus, would aim towards tangible interaction interface, which most likely are not screens as the designing should use the artefacts already in the environment.

As a conclusion, it can be stated that pragmatism combined with extended phenomenological-cognitive systems helps to understand how brain, body, and niche are in relationally, dynamically and non-linearly coupled – it forms a phenomenon of experience.