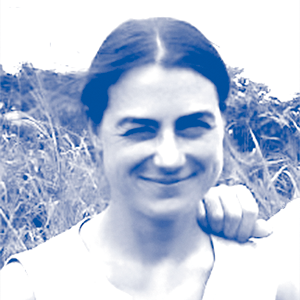 Merja Bauters (PhD) is a researching lecturer at Metropolia University of Applied Sciences and an adjunct professor in semiotics at the University of Helsinki. Her dissertation at the Department of Philosophy, History, Culture and Art Studies (University of Helsinki 2007) covered Charles Peirce’s thoughts for understanding visual interpretation. She has been involved in multiple EU projects, such as Learning Layers (7th Framework Programme 2013−2016), Developing Knowledge-Practices Laboratory (2006–2011) and Creating Knowledge through Design & Conceptual Innovation (2011–12). Her interests are on experience, Peircean pragmatism, habit formation and reflection. 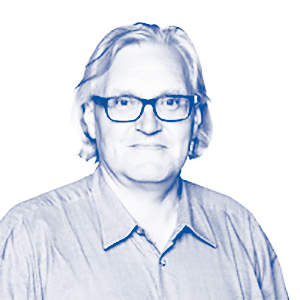 Dieter Bunte (Prof. Dr.-Ing.) is working as a professor at HTW Berlin in the School of Engineering (Faculty 2: Technology and Life) since 1994 in the study fields of civil engineering and facility management. Construction physics and especially the energy efficiency of buildings are his special research interest. He has been actively involved with the jointly by HTW Berlin and Metropolia run international master’s programme ConREM – Construction and Real Estate Management. 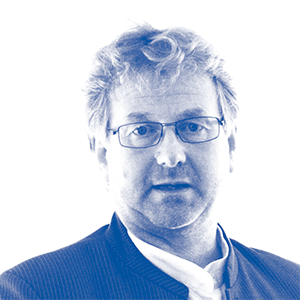 Carsten Busch (Prof. Dr.-Ing.) earned his PhD at the TU Berlin. He taught at a variety of Universities including the European Business School Oestrich-Winkel and the Academy of National Economy and Public Administration (Moscow). He founded and leads the „Institut für Marken und Medien“. Currently Prof. Busch teaches in International Media & Computing at the HTW Berlin and heads the Creative Media Research and Development Group. Prof. Busch’s research focuses are: Brands & Media and the application of game concepts (Gamification) and applied interactive technologies (APITs) in other settings and industries (e.g. education & business). In 2007, he founded the research institute “GamesLab” at HTW Berlin. In 2013, the GamesLab became part of the Research and Training Center for Culture and Computing (FKI), which Prof. Busch co-founded and chairs as deputy head. From 2016 on Prof. Busch additionally heads the application centre “Applied Interactive Technologies (APITs)” at HTW Berlin. 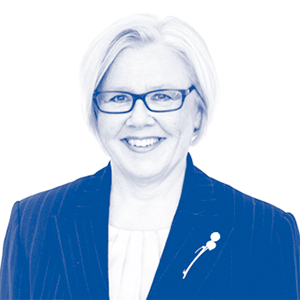 Kristiina Erkkilä (PhD) is currently Director of Development for the Education and Cultural Services in Espoo, the second largest city in Finland. Before working for the City of Espoo she was Director of the International Centre in Mikkeli University of Applied Sciences. Kristiina Erkkilä holds a PhD in Administrative and Policy Studies in Education from University of Pittsburgh, United States. Her own research interest is entrepreneurial education. Another theme for her research and development work is learning ecosystems. Dr. Erkkilä has visited educational institutions around the world and been an invited speaker in many international conferences. She has been a pioneering member of the UNESCO Global Network of Learning Cities for cities actively developing their sustainable lifelong learning opportunities. 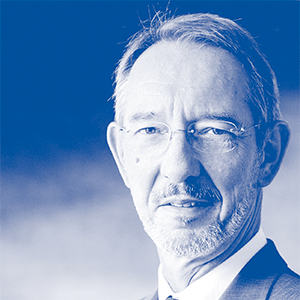 Matthias Knaut (Prof. Dr. Phil.) is Vice President of HTW Berlin University of Applied Sciences. He is responsible for research and international cooperation. His personal research interest is European archaeology, conservation, and world wide heritage protection. His institutional research focus aims for interdisciplinarity, research led project study, and joint applied research with companies and not for profit institutions. He is a corresponding member of the ‘German Archaeological Institut’, member of the advisory council of the journal ‘Archäologie in Deutschland’, board member of the ‘Institut für Angewandte Forschung -IFAF Berlin’, and member of the Excellence Cluster ‘TOPOI – The Formation and Transformation of Space and Knowledge in Ancient Civilizations’ of Freie Universität and Humboldt Universität Berlin. 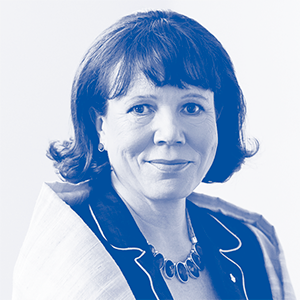 Riitta Konkola (Lic.Ed.) is the Managing Director, President of Metropolia University of Applied Sciences. She has been an active developer of the Finnish UAS sector since its beginning in the 1990s. Before her being selected as the Managing Director and President of Metropolia in 2007, she was the Vice President and the Acting President at one of Metropolia UAS’ preceding organisations, the Helsinki Polytechnic Stadia. She has been a member of several ministry-level steering and project groups. Currently she is the Vice President for the Rectors’ Conference of Finnish Universities of Applied Sciences. During the years 1999–2000 she has worked as a researcher at the Center for Activity Theory and Developmental Work Research, Helsinki University (National Center of Excellence 2000–2006) Her research interests focus on the development of cooperation between vocational education and professional life, especially from the frame works of activity theory and expansive learning. 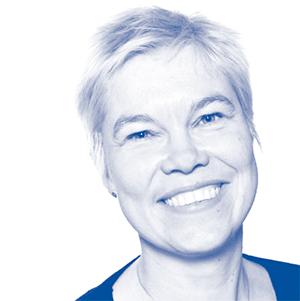 Minna Liski (MA, BSc in Music) works as a Coordinator at Project Services of Lahti University of Applied Sciences and deals in particular with Design as well as Circular Economy related project plans and proposals. She has managed and coordinated several different types of EU projects, both international and national. The project subjects have included such issues as creative entrepreneurship, audience development, arts-based methods, just to name a few. At the moment she is interested in different roles that culture and arts have in our society and particularly in sustainable development. 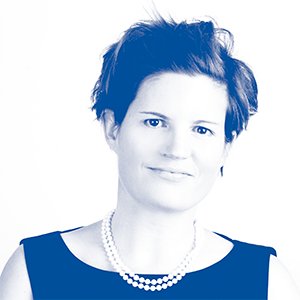 Marion Peyinghaus (Prof. Dr.) studied architecture at the TU Berlin, the EAPB Paris and the ETH Zurich. After her studies, she became a research associate at the University of St. Gallen and INSEAD, Fontainebleau, where she finalized 2004 her PhD. In autumn 2004, Marion Peyinghaus started her consulting experiences at pom+Consulting AG in Zurich. Since 2009 she leads the research and consulting plattform Competence Center Process Management Real Estate GmbH (former pom+International GmbH) as the CEO. In parallel and since 2016 she has been Professor of Real Estate Management and Project Development at the University of Applied Science in Buxtehude. 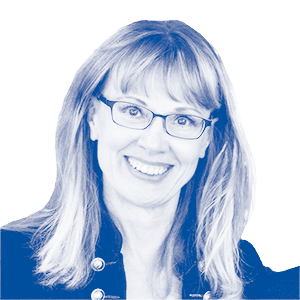 Tuire Ranta-Meyer (PhD, MMus) is Director of External Relations and International Strategic Partnerships at Metropolia University of Applied Sciences. Her research interests cover urban vitality, co-creating processes, creativity, culture and arts-based methods in the societal integration, and the societal impact of higher education. She is an adjunct professor at Jyväskylä University, member of the UAS Journal editorial group, board member of the Design from Finland Mark committee, and one of the editors-in-chief of the peer reviewed journal Musiikki. 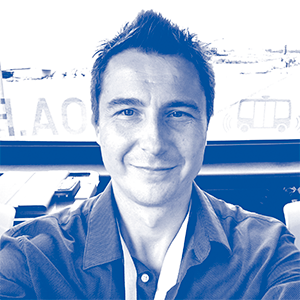 Harri Santamala (MSc) is a Project Director at Metropolia University of Applied Sciences. His educational background is in automotive engineering and machine design. At Metropolia, he is currently establishing the Smarter Mobility Competence Hub which connects and expands RDI projects with open multidisciplinary co-operation. Lately he has been actively co-building the Finnish automated road transport ecosystem, including open road testing, arctic testing, development of enabling technologies, and operating business development. 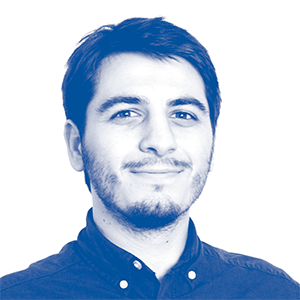 André Selmanagić (MSc) studied International Media & Computing at the University of Applied Sciences HTW Berlin, where he earned his BSc and MSc. Since 2012, he works as a researcher (Wissenschaftlicher Mitarbeiter) in the Creative Media Research and Development Group led by Prof. Carsten Busch. His work focuses on concept design and prototypical development of applications & frameworks within the fields of Digital Game-based Learning and Applied Interactive Technologies. 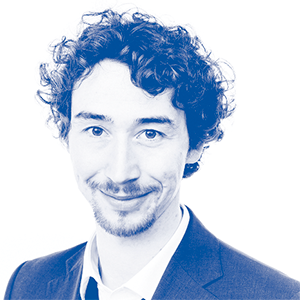 Martin Steinicke (MSc) earned his BSc and MSc in Business Computing at the University of Applied Sciences HTW Berlin. Following this he started to teach as an adjunct lecturer (Lehrbeauftragter) at the HTW in 2009, with courses ranging from multi-agent systems to knowledge management to game & interaction design. Since 2010, Martin works as a researcher (Wissenschaftlicher Mitarbeiter) under Prof. Carsten Busch in the Creative Media Research and Development Group. His work centers on Digital Game-based Learning, Gamification and Applied Interactive Technologies. 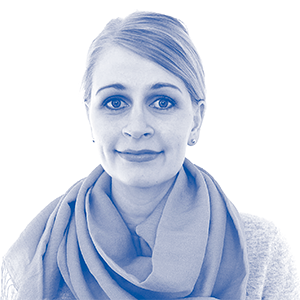 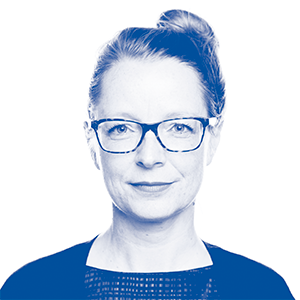