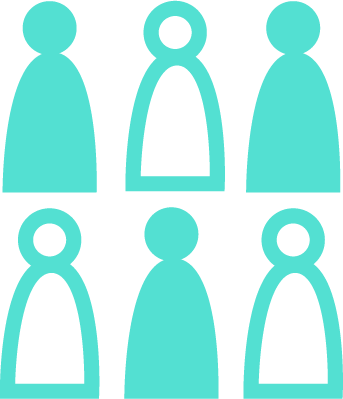 For this article, three staff members from three different European universities were interviewed to share their personal reflections regarding how to form and sustain strategic partnerships. The connecting factor between them was their involvement in partnership building. They were Mr. Bob Burke, Senior Lecturer in Popular Music at Southampton Solent University (UK), Ms. Kai Kiiv, Project Manager of International Relations at Estonian Academy of Music and Theatre plus Mr. Gerard O’Donovan, Head of School of Business and Humanities at Cork Institute of Technology in Ireland.
They were all originally involved in an Erasmus Intensive Programme (IP) “Towards Creative Entrepreneurship” (2010−2012) together with Lahti University of Applied Sciences and Norwegian Academy of Music. Since then the intensive course, now called “European Creative Futures”, has continued annually with some partner changes as well as content updates. Although the collaboration between the institutions mentioned has been long-term and systematic, it has not resulted in formal strategic partnership agreements so far.

For the article, I wanted to interview these three in particular, because having the Intensive Program experience in common, they could perhaps reflect best on the relationship. Had it started to evolve towards a deeper partnership between the higher education organisations? Was it a start of a more strategic partnership and why? I enquired about their general points of view on strategic partnerships: how they are formed and why, what kind of resources are needed, and so on. I was also interested to know how they saw the issues of trust and learning within the partnership context and particularly what they had learned personally.
I have used material of this interview as a basis already for a shorter article in UAS Journal 3/2015 (see Liski 2015). The theme of the on-line journal was strategy-based international partnership of higher education institutions. The basic idea in that discussion, as well as in this one, is the fact that even if strategic partnership agreements are done between higher education organisations, the real cooperation is done between individuals.

Definition of an international strategic partnership could be that it encourages durable collaboration between institutions by building sustainable academic networks, strengthening exchanges among student and staff and enhances exchanges of knowledge and practices (Sandström & Weimer 2016). This more formalised cooperation allows higher education institutions to expand and enhance their actions, which may give them an advantage in the increasingly competitive field of internationalisation. Universities have to find ways to stand out among the crowd.

According to Knaut and Ranta-Meyer (2014), the objective of strategic partnerships is rarely direct economic profit, as the universities and universities of applied sciences are non-profit organisations. Partnerships are, however, often induced through the provision of funds, for example through EU project funding, and collaboration may collapse as soon as funds dry up. Perhaps the idea of more strategic partnerships also means that the institutions are more poised to invest more themselves as investment of time, money and trained personnel by the institutions forming the strategic partnership is vital. Gerard O’Donovan states that “creating a strategy-based partnership needs buy-in and financial support from top management and be a shared vision by your faculty team.”

At the individual level the motives for working on internationalisation probably relate to healthy curiosity and desire to learn. Working with foreign colleagues stimulates personal professional growth. Bob Burke describes his involvement as “an important project for the development”. “The cross-disciplinary thinking and the focus on cultural difference has given me a range of experiences that I would certainly never have had within my day-to-day role at my home institution”, he says.
The variety and diversity of cultural differences, which become apparent in international human cooperation may even reorganize personal understanding about the variety of cultural imperatives. According to Matross Helms (2015) the potential in international partnerships relates to helping the individual in developing broader skills and attitudes, which may include tolerance for ambiguity, critical thinking and the ability to synthesize information from multiple sources, just to name a few.

The possible staff changes which are normal during long-term partnerships, always present a risk.

Peer to peer learning in international context may make one question “tried and true” professional actions, if one genuinely appreciates the knowledge foreign partners possess and is ready to offer something in return. According to Gerard O’Donovan, it has been a positive experience to meet academics and students with common interests, but with diverse backgrounds. This has enriched his own personal life as well as resulting in development of a number of new programmes in his Faculty.

Many partnerships fail because of lack of commitment by the persons participating. If the strategic partnership is only considered important on the university leadership level, there might not be a connection to the grass-root action. The members of the staff must have a genuine personal willingness to develop the partnership. The possible staff changes which are normal during long-term partnerships, always present a risk, especially if the person leaving has had a key role and true friendships may have been formed. It may not be clear to the new participants in the collaboration what the aims of the partnership are. That is why they may not support the actions or have the relevant expertise. The friendship-related motive is also missing.

Especially with academic collaboration there can be basic philosophical differences in methodologies, teaching and learning, which will cause inability to work together, and the partners might find themselves working in parallel to each other instead of cooperating (Kusnarenko 2010, 50). There are often cultural differences in pedagogy (e.g. lecture versus discussion format), grading and evaluation practices (e.g. what counts toward a student’s grade), the use of technology in the classroom, and expectations surrounding the role of faculty and the faculty-student relationship (Matross Helms 2015).

The participants’ professional foci can be very personal and thus a sensitive subject, which may diminish one’s readiness to accept different approaches and change. Also there are personality differences in sense of personal power, and what is understood as efficient. The connection a participant perceives between one’s educational efforts and intended outcomes is also very personal and culture dependent. (Kusnarenko 2010).

Kai Kiiv states that “as far as international collaboration is concerned, it often also means acknowledging and respecting cultural differences – working habits and attitudes in different countries can be rather different”. Reasons for misunderstandings due to different work cultures can be simply the work tempo and the different understanding of working hours. All these personal dimensions can cause mistrust and suspicion, which are not values that take any partnership further.

According to Matross Helms (2015), all parties should exercise patience in managing miscommunication. They should be willing to allot extra time for conversations and correspondence and in particular apply cultural knowledge and learn to read between the lines in order to grasp the intended meaning. If these cultural and other differences between partners are acknowledged and openly talked about, it helps to overcome some of the difficulties relating to mutual understanding.
When I asked the three interviewees what was the most important thing they had learned regarding international collaboration, all concluded that one always has to keep in mind the respect for cultural differences even if it can be sometimes difficult. They pointed out that there should be more importance attached to the promotion of intercultural understanding within the higher education context. The staff should possess intercultural communication skills, as well as a shared knowledge of the specific cultures represented, which means that training and development opportunities are needed to ensure a high level of cultural competence among university personnel.

Kai Kiiv explains that “in order it to be successful, the partners must acknowledge each other’s strengths and weaknesses to use the maximum capacity of each.” When the best individual qualities are linked with collaborative teams’ mutual actions, i.e. when the cooperation consists of a group of top professionals with intrinsic motivation, it will give the best results.

Complementarity is important because cooperation makes sense only when in addition to similarities, differences in expertise are used and the partners gain professional expertise from the collaboration. Partnerships should have equal benefits and advantageous returns to all the members. Power struggles among partners will take place, if the participants come to the partnership with only self-serving goals. Gerard O’Donovan compares strategic partnership to a marriage: “Give and take on both sides and always compromise for the greater good or shared goal.” Also Kai Kiiv mentions that actually like in any partnership flexibility and respect towards each other are the key factors.

Bob Burke describes a strategic partnership as a team, which is responsive and adaptable within the strategies of each institution involved. A team consists of different people, which means that all the basic rules that define teamwork apply to strategic partnerships as well. When the roles in a team are not recognised and coordinated, when there has not been enough delegation of responsibilities or the decision making is unclear, there will be problems. Kai Kiiv adds that “trust between the partners is based on the knowledge and experience that you can rely on your partners – when the assignments have been divided and you can see that each partner is committed to them and fulfils them.”

The importance of the individuals maintaining informal contacts as well as formal contribute immensely to the success of long-lasting partnerships. Disagreements and misunderstandings inevitably occur, but they can be turned into fruitful situations for providing evidence for new patterns of action and abilities for conflict resolution. Trusting and respectful dialogue is what is needed. According to Bob Burke: “We all disagree on things frequently, but respect each other’s opinions, and everyone is given a chance to contribute”. So there may be different approaches, but they are valued and people are willing to compromise.

According to a study by Vozzo and Bober (2001) there are four important factors that allow personal characteristics to contribute to successful long-lasting partnerships.

In case of strategic partnerships, it is clear that for them to work, time, resources and funds must be invested at all stages as also demonstrated by the interviewees. What seems to be not so clear is the fact that abilities and motivation of the staff need to be ensured. The complexity involved in working in the field of internationalisation requires an additional set of knowledge, attitudes, skills and understandings about the international / intercultural / global dimension of higher education. These competences are however often taken for granted, sometimes not even recognized, let alone developed actively.

According to Knaut & Ranta-Meyer (2014) “an effective partnership dynamo is in practise mostly the impact force of the individual, because the organisation itself is never energising.” It should therefore be made sure that this dynamo is kept charged. As Bob Burke puts it, the strategic partnership is successful when “it has longevity and a ripple effect where the content, process and relationships not only have an impact on the participants but also beyond that”.