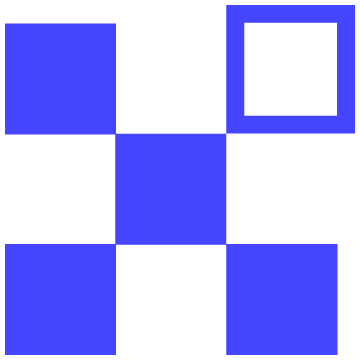 Use-inspired Innovation Ecosystem at the Heart of Metropolia

After the global recession in 2008, productivity in Finland has declined and, unfortunately, the gap in comparison with peer countries has widened. That is why time being in our native country is sometimes called a ‘lost decade’. In addition, there are certain shifts in the allocation of national research and development funding that are worrying especially in concern of universities of applied sciences.

The Finnish ministerial group on knowledge and education commissioned 2016 a review from OECD to analyse self-critically how more societal impact could be gained from the national research and innovation system. In particular the interest lies in information on how to better transform knowledge into innovations for domestic and global markets. The preliminary results of the OECD review show that the economic crisis has, though, led rather to a focus on basic research and declined funding for applied RDI. The preliminary review sees decreasing public budgets for business innovation and applied research controversial to what might be needed to revive industry in the short run. (See e.g. Hutschenreiter 2017; Lundström 2017.)

2. Innovation ecosystems as a driving force

Today, innovation-seeking activities and multidisciplinary value co-creation processes are crossing organizational boundaries more than ever before. They are taking place in the spaces, or organizational holes, between formal structures. This new context for innovation activities is increasingly referred to as an innovation ecosystem, and as well open innovation, user-driven RDI, as so called platform economies and business ecosystems are key drivers of the transformation. (Huhtamäki 2016).

At the core of an economy’s competitiveness − understood as higher productivity − is its capacity to leverage and foster talent. Talent-driven economies are best equipped to adapt to as well as to reap the benefits of the changes and disruption brought about by the technological revolution. Talented humans have a crucial driving role in ecosystemic innovation activities. (WEF 2016; Huhtamäki 2016.)

In this totally new situation, the traditional university-based sectoral science and the customary long-term results derived from basic research are not enough for the flourishing society and economy. The basic research does not, unfortunately, lead the way to agile or radical innovations and practice-oriented partnerships that the global economy requires. As Valkokari et al. (2014) put it, success in the dynamic and competitive global markets of the future cannot be guaranteed through fixed and slowly evolving network structures.

This article is an attempt to provide arguments for innovation policy making, especially in Finland, why strong universities of applied sciences should be seen as born catalysts and central actors of innovation ecosystems. The more theoretical discussion in the beginning is followed by a real-life example of a flourishing innovation ecosystem of smart, flexible, non-polluting and user-friendly transportation and mobility services. The innovation ecosystem has been evolved and co-constructed at Metropolia University of Applied Sciences in Helsinki, which has an outstanding expertise in automotive and transport technology, experienced scholars in sustainability and customer behaviour research, and vivid, easy-access collaboration with companies and start-ups.

Out of habit, the innovation policy makers often depend on doctrines or reports designed by university professors or researchers, who most often do not have any connection to the universities of applied science − or who perhaps by accident ignore the successful practice-based research, new development concepts and user-driven activities carried out at universities of applied sciences. The paths to success can be seen from a narrow and twisted angle, if only the research universities are taken in account when talking about innovation ecosystem flagships and justifying decisions concerning the national innovation policy considerations.

In the past decades, most of the developed world has classified scientific inquiry as either basic research − ideally curiosity-driven work meant to develop general knowledge − or applied research, performed in the service of some immediate goal. This model, which permeates how funding agencies allocate money and how popular culture perceives science, presumes that the creativity of basic science will be lost if constrained by premature thoughts of practicality. Today, this one-way street − with basic science and its eventual application at two ends of a linear spectrum − has grown to be a very limiting conception. (Leibfarth 2013).

Interestingly, Donald Stokes claimed already 20 years ago in his book Pasteur’s Quadrant: Basic Science and Technological Innovation that the linear model from basic science to applied research and on to development, production and operations has expired.

The true innovation of Stokes is the notification that the so called Pasteur’s quadrant illuminates a path where applied goals are not inherently opposed with scientific creativity and rigour. The name refers to Louis Pasteur, whom Stokes has taken as an example of a scientist who never undertook a study that was not applied, even though his fundamental contributions to science created the entire field of basic science, microbiology. Being open to this use-inspired research enables the innovation ecosystem to collaborate effectively and to move away from the either/or logic of basic vs. applied research and think ‘big’ by focusing ‘small’, as Frank Leibfarth (2013) intelligently puts it.

According to Leibfarth (2013), young scientists at the beginning of their career often feel being in the position of fundamentally better the human condition, pursue risky ideas, take chances, think big and solve pressing problems or, at a minimum, to fail spectacularly while trying. But the problem is, “how does one conceive truly innovative ideas, those upon which to build the life’s work”? The powerful solution, after Stokes (1997), is use-inspired research, whether basic or applied.

When the economic resources for research are getting limited in a specific country, investments in science are being scrutinized for their ability to maintain the nation’s competitive edge in a global economy. The belief that pure curiosity-driven inquiry can itself guarantee advancements in technology is difficult to justify in this situation, but mission-oriented research inspired by societal need both protects fundamental science and advances vital economic and social interests. (Stokes 1997; Leibfarth 2013.)

Innovation ecosystems are open, dynamic networks or structures that cross geographical as well as organizational boundaries and include financial, technological, and political dimensions (Huhtamäki 2016). According to a recent report commissioned by the Finnish Government, the rapid increase in the volume and availability of information, the evolution of communication technologies, and the globalisation of value networks have changed the way innovations are created. These developments have increased the importance of cooperation and openness in innovation activities. The refinement of ideas into new products and services increasingly takes place through network-based interaction between multiple actors. The tight-knit, interdependent networks are called ecosystems. (Kaihovaara et al. 2017.)

In his dissertation (2016) Huhtamäki distinguishes between ecosystems of business and innovation because of the differences between their expected outputs. When the key objective in business ecosystems is to organize value creation and value appropriation in an ecosystemic setting, the main output of innovation ecosystems is the increase in information flow and collaboration. This enhances the creation of new business-relevant knowledge, ideas and technologies that lead to new products, successful companies, and economic growth. Innovation ecosystems survive through a constant idea flow, re-configuration, and evolution.

The multidisciplinary structure and the long-term-cherished balance between practice and theory orientation offers Metropolia a unique platform for developing, innovating and testing technologies, combining basic research and attracting both companies and public bodies to create new in networks. The most advanced example of this is Metropolia’s Smarter Mobility Competence Hub, which serves in this article as an example of an innovation hub created, maintained and developed at a university of applied science. 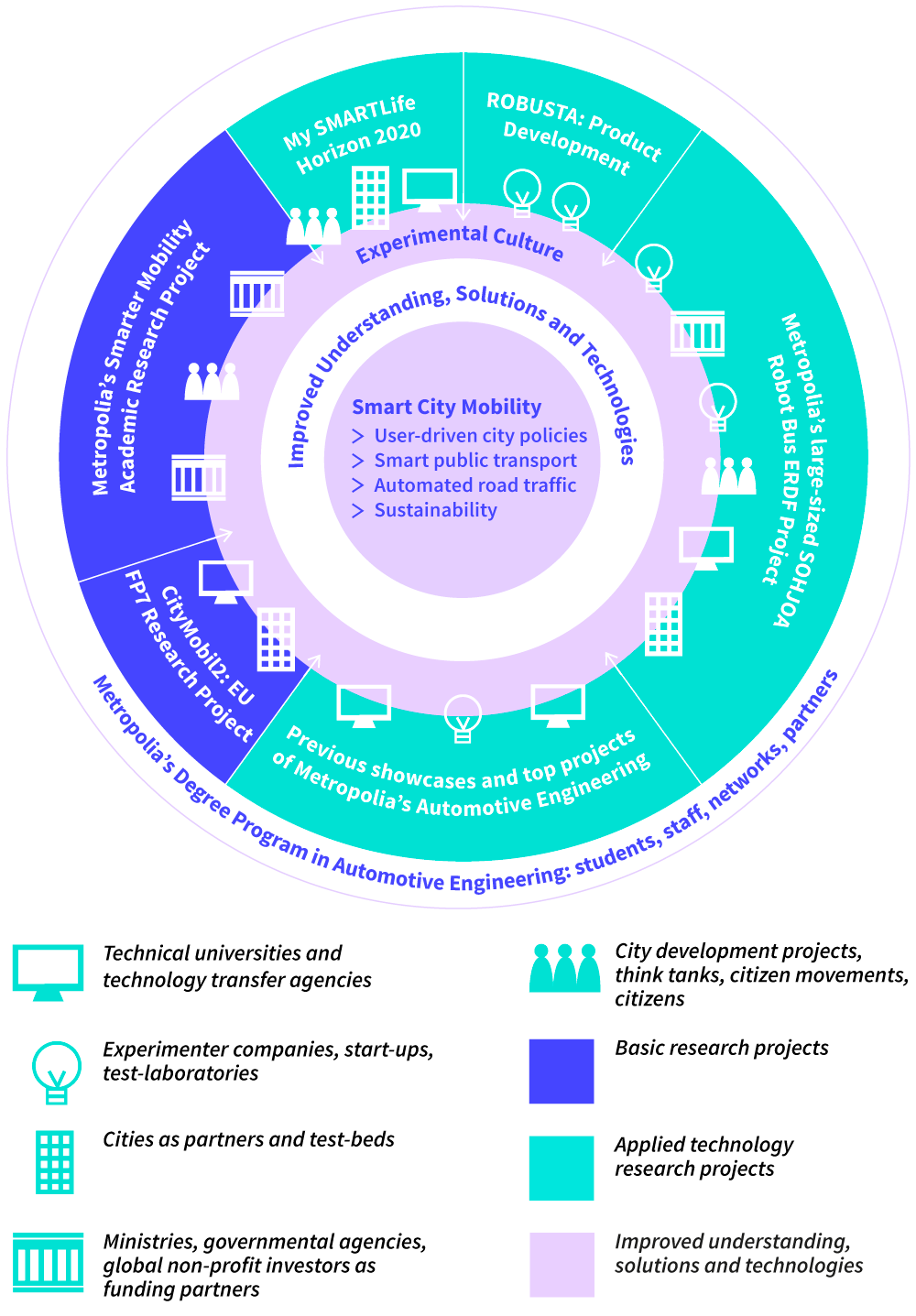 Collaboration without borders is key word for all Metropolia-driven activities in smart mobility.

Aside from catering to the needs of single companies, the activities of Metropolia’s innovation ecosystem of smarter mobility compile and coordinate a manifold, large strategic value co-creation network, where a shared vision of the big picture is co-constructed constantly and where confidence is gained by the non-competitive and practice-oriented role of a university of applied sciences as a catalyst. The key actor and testbed of the innovation ecosystem is a large-sized ERDF-funded project called SOHJOA, in which both a virtual and a physical infrastructure for cost-efficient, low-emission and the user-friendly autonomous electric busses are developed and tested in real-life city traffic routes.

Metropolia’s Smarter Mobility Competence Hub and its background project SOHJOA are both multidisciplinary in their operations combining very effectively highest theoretical understanding and practical know-how from the expertise of various networks. In Metropolia, degree programs in automotive, mechanical, and media engineering, industrial design, international business, and social studies are included. Students coming from various Metropolia units and working in multidisciplinary teams plus the experienced principal and senior lecturers supervising student subprojects are in the heart of detecting new. Collaboration without borders is key word for all Metropolia-driven activities in smart mobility.

The scope of expertise in Metropolia is large enough to facilitate natural and inspiring encounters between higher education and companies, scientists and experts from different backgrounds, as well as different generations. This enables the sought-after phenomenon of knowledge spilling over the borders of expertise and overcome the traditional silos.