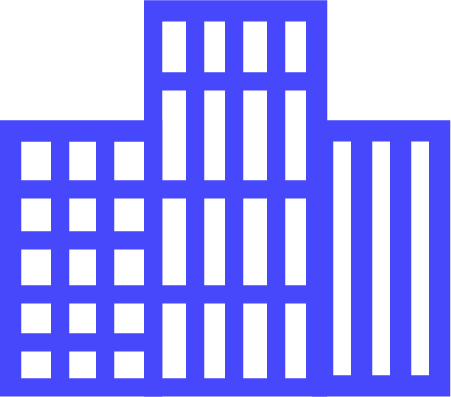 The City of Espoo Seeking New Solutions for its Big Challenges

The focus of this article is to share ideas and experiences how the future city challenges can be tackled in participatory co-creation processes. Espoo is the second largest city in Finland with an ever-growing number of citizens. In order to be in frontline of producing wellbeing and modern participatory city culture, the strategy process of the city was set upside down a couple of years ago. The strategy was formulated in a non-traditional way as a story, which opened up the history, the present and the future vision of the city. The Espoo Story was co-designed with residents and city civil servants, and all administrative city bodies derive their own strategic goal from the story. The feedback and results have been very positive. The intellectual capacity of strategic educational partners, in particular higher education organizations, has been coupled with pilot activities of the city to create new and better concepts, to develop existing city services and to increase business involvement and innovation.

1. A city as a responsible pioneer

The city of Espoo is the second largest in Finland. It is situated in the metropolitan area and consists of five city centers. It is also a continuously growing city which challenges and demands the city to organize more and more services. This has pushed the city to think, govern and act in many new, quite radical ways.

Espoo has claimed to be a responsible pioneer among other cities in the world. Pioneering refers to broadmindedness and creativity, openness, a desire to question the status quo and the courage to do things in a new, trail-blazing way. It also includes, on one hand, the commitment to use research, international experience and experimentation as tools for renewal, and on the other hand also readiness to confront and deal with the possible failures related to them.

In the city of Espoo, the city strategy for 2013−2017 is described and manifested in the format of a story, which is internationally quite unique in the perspective of city administration and governance. The strategy paper is only a few pages long and tells a story where the city is coming from, where it is at the time being and where it is going, that is to say, the history, the current stage and the future vision of the city. The story was truly co-created and co-designed with multiple stakeholder groups.

The main bulk of responses were received through an open access internet tool that helped to gather and sort the information. The city’s employees were asked to fill in the survey as well. In addition, the Mayor toured the city around in “meet and greet” -events. He personally met children in daycare and asked them what they would do if they were to be the mayor for one day. The children gave ideas from their perspective. He met with the elderly and collected wisdom from them. In total almost 20,000 comments and suggestions were received. All of the material was discussed and reworked for unfolding the convincing and genuine Espoo Story.

Today, the various sectors, units and administrative bodies of the city derive their own “sub-stories” and goals from the “master story”, the main Espoo Story. According to the Mayor, the story as a strategic guideline of the city has been very successful. He says that the Espoo Story has inspired the city residents and stakeholders to partner with the city. Neither is it an ordinary published policy paper, nor is it a commonplace strategy document that is forgotten when it is done, but really lives with the city in its everyday life.

3. Working on the city’s major challenges through programs

A special effort to implement the Espoo Story has gone through cross-administrative development programs which identify the major challenges that the city is facing today, and in the future. The development programs are led by groups of top five politicians and top five civil servants from different fields. Agile co-creation processes and innovative experiments are the main ways of finding sustainable solutions for improvements. All these will be done in cooperation with residents; various strategic partners of the city, such as universities, universities of applied sciences, other educational institutions and enterprises are the main collaborative bodies to find ways of sustainable solutions for improvements. The strategic partners also substantially help the city in overcoming the habit of working in silos, even if the administrative structures of city service traditionally have been very autonomous in the actions.

The cross-administrative development programs are the following:

Some of the experiments and results of the development programs have led to totally new forms of interactive events, for instance the “Mayor’s Birthday Party” for the 78-year old citizens and “organized shopping mall walks for seniors”. More than 50,000 people participated in voluntary, nature and wild-life related events, and through this Espoo got a more ambitious communal climate program. For young people it was founded the “one-stop guidance center” to strengthen their opportunity to access education and enter the job market and “Me and My City Program” imitates society for all the sixth-graders and encourages them to try out their skills for entrepreneurship and work life. For local activities, in one city area the residents adopted a park to build and maintain it together with city gardening unit employees. This Our Park model has since spread to twenty other locations. These above are mentioned as only few examples of the fantastic outcomes.

The development programs are one way to implement the Espoo Story as they clearly add value to the typical or “routinized” service production of a city. They make it easier to notice the interdependencies of development work, overcome the problems of working only in silos and allocate limited resources to projects that are vital for reaching the goals set. Very important element for successful execution is the collaboration with the interested partners of the city. This way the city can gain a lot more resources and know-how than it ever could by working within its own organization. Another positive result is that through the programs, it has been possible to activate and incorporate the citizens to city development.

Overall the responses to the Espoo Story and the results of the cross-administrational development programs have been so positive that the political decision has been made to continue these programs for the second term. “My Espoo” virtual questionnaire was opened for all citizens from August to October 2016 and received this time 21,600 comments and ideas. Based on these, the Espoo Story will be updated, and the decision makers have set four new development programs for the next four-year strategic planning period of the city.

Aside from the Espoo Story and cross-administrational development programs, a concept called Espoo Innovation Garden has been grounded to enhance economic growth and renewal in Espoo. It is a communal way of thinking and exerting activities that invite and attract various actors in the region to work together and strengthen their cooperation and collaboration. This way they form an ecosystem of working together to create new innovations. The ultimate goal of this collaboration is to create new jobs and ensure wellbeing for everybody in the city: the companies and their employees, communities and citizens. Espoo Innovation Garden also implements the Espoo Story in its own actions, and distributes the story effectively in its partnerships and alliances.

The heart of Espoo Innovation Garden is at the Keilaniemi−Otaniemi−Tapiola area, which is perhaps the biggest innovation hub in Northern Europe. But it is not only limited to that specific area as it is a concept and a mindset. Espoo Innovation Garden is an open network of residents, companies and communities and they are also the most important resources of the Garden. Anyone can become a gardener – employees of the city, residents, companies, and organizations covering fields from science and research to culture, arts and sports. Anyone who lives in or likes Espoo is welcomed.

The aim is that Espoo Innovation Garden is a platform where innovation can grow. It shall be the partner which ensures that innovation can happen in the city. The idea is to increase joint activities in order to create good life for the people living and working in the area as well as opportunities for success for the entire country. Encounters − planned or serendipitous − between people are the source of innovation and new experiences. The more gardeners are tending to the same goal, the more the garden will grow and flourish.

The city of Espoo has the role of a facilitator and Espoo Innovation Garden functions also as a test bed for new solutions rising from the knowledge and cooperation of various operators. The idea is to offer the inhabitants and those operating in Espoo better services and opportunities for operation for example through new technology.

To meet with the need of renewal and forward thinking, the city has assembled many networks. One of them is a network between educational organizations that operate on the city area, and the city actors in education. This cross-functional and cross educational partnership strategy for collaboration has proven to be fruitful.

For example the first Espoo Learning City Festival in autumn 2016 gathered educational offerings and innovations into one single platform in the form of a fair, and this way all participants could learn from each other and find new collaboration opportunities. In addition, the city is working on including private businesses and NGOs to these collaboration and co-creation processes. The traditional Triple Helix -model of public sector−university−private sector will get a new working mode of Quadruple Helix as NGOs and citizens are included. This way the operation will be more hands on and practical.

One of the game changing projects has been the InnoEspoo project in 2013−2015 that piloted activities of the city together with its educational institutions plus research and development partners. The aim of the project was to create new and develop existing city services and to increase business involvement in these activities. Based on the experiences gained in the InnoEspoo project the model of collaboration will continue also in the future.

The city of Espoo has had an overall long term commitment on identifying value adding ecosystems and collaborating with them. Very often the city is providing the platform for the collaboration but more and more the universities have taken leadership in their fields of expertise. What is learned by now is that there needs to be common goals set and somebody to orchestrate the network and the collaboration. The orchestrator has to have a clear vision and has to be both committed and very skilled in leading networks. The city has currently set a project to find more efficient ways to lead productive networks and believes that it will make the city even smarter on how to involve the best resources to increase well-being with non-growing resources.